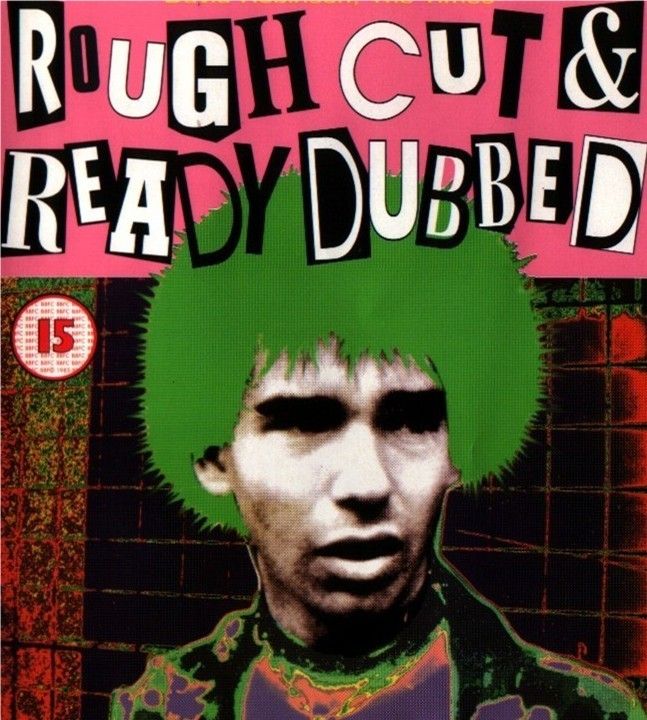 Fabulous long unseen movie of the post punk period between 1978 and 1981 that is more than just a music record, featuring as it does the looks, the poses, the rucks, the riots and the slaggings of bands and their fans. Filmed by a bunch of spit covered teenagers, this is not so much a documentary as a series of forays into the opinions of the protagonists of Punk, Mod, Oi, Dance and Ska; the kids on the street, the music, press and of course, the bands themselves. Originally, shot on Super 8 and blown up to 16mm, the film retains it’s rough and ready cut to produce a gem of street level cinema. Also has some cracking performances from exponents of punk, mod, oi and ska all filmed in the same DIY ethic that spawned punk itself!
PRODUCTION NOTES
Shot on Super 8 then stretched printed to 16mm for post  production which took nearly a year to complete. At the time it used the latest technology for picture and sound to transfer onto 16mm and director Derek Jarman used some of the techniques on his own Super 8 epics. The British Film Institute who had co-financed the post production brought in a brilliant film editor, Alan Mackay, to work with  Dom & Hasan. After many months and over 23 hours of  footage, the one hour documentary was created and released around the world.
In 1982 ‘Rough Cut and Ready Dubbed’ won The Grierson Award for Best UK documentary. Later it was followed by awards in Melbourne (Silver Boomerang), Los Angeles Filmex, Chicago, and Toronto. After its release and a brief period on VHS in the eighties, ‘Rough Cut and Ready Dubbed’ finally came to rest in the National Film Archive vaults.
In 2003, Hasan & Dom decided to bring it back to life. With help from facilities company ‘The Machine Room’, the negative was cleaned, re-graded and transferred to High Definition.  Once on HD, digital cleaning and scratch removal begun. Then it was the turn of the sound. Digital sound cleaning, mixing, remixing from Mayflower Studios, Goldcrest, and veteran record producer Mick Glossop, created a stereo and surround mix. Once again, the latest technology of the day, this time digital, was used to help restore and enhance the original movie.
The entire digital post production process took over a year and was completed in early 2005. A short follow up film ‘Rough Cut & Ready Dubbed Re-visited’ was completed during the year using the cheap medium of compact DV cameras to reproduce the same low tech feel of the original.
PRESS QUOTES PAST & PRESENT1981/1982  REVIEWS‘Rough Cut takes big cuts out of all the tastiest rock cakes around and spits out a frenetic and funny collage which manages to splice together all the chaotic contradictions of the music scene – its men, its women, its passions. This may well be a rough cut, but its sharp edges slice through to the nitty gritty without the distraction of hyper-polished dazzle.’
Anne Billson – EVENT MAGAZINE
Many of the performers (most notably the Cockney Rejects) are bright as berries and totally self-aware. Most of the fans are tribals, conforming not just to their obligatory uniforms as skins or mods or punks but also to group attitudes on race, authority and riot. There is a startling glimpse of the power of the performer as demagogue: a musician recalls how a word to the mod supporters at a concert was enough to launch a sharp military fashion mop-up of hostile skins in the audience. As lively and intimate a view as we have seen of punk bands and their followers. A funny, amiable, truthful and finally disquieting ethnographical study of the lost tribes of London. ‘

David Robinson - THE TIMES
It’s ironic that two twenty year old directors with a Super 8 camera can improve on over twenty years of plodding ‘rock’ cinema.’
James Manning – RAM MAGAZINE
The film’s title is an honest appraisal of its cinematic qualities, but it’s worth striving to catch the words of the street gurus and their aggressive counterparts, the Cockney Rejects, if only to bear out Charles Shaar Murray’s defensive but ironic statement: ‘Nothing I write is to be taken as gospel’.
Fiona Ferguson - CITY LIMITS MAGAZINE
‘Best to avoid this film until at least 1995 when it can be viewed by amnesiac sociologists with dewy eyed nostalgia’.
‘TIME OUT MAGAZINE’ (Well, there’s always one…)