The Art of the Critic 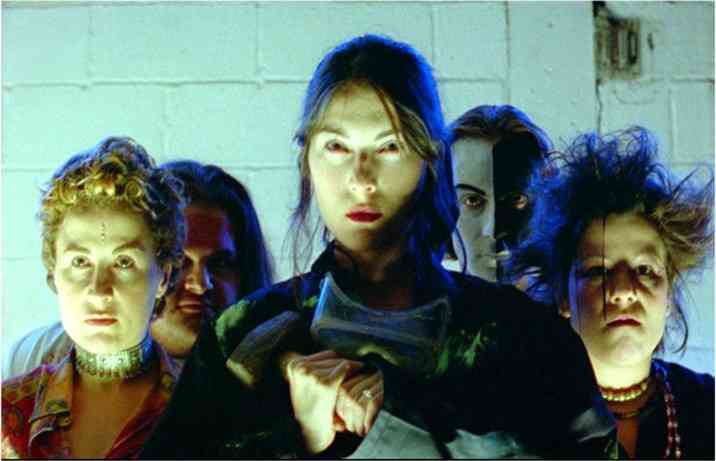 Watch the Movie Why Don't You?

A drunken art critic sabotages the launch of a new art movement by discouraging a major curator from buying a set of modern art installations. Incensed by his interference, the ‘New Brutalist Artists’ turn him into a piece of saleable art. But even this act of artistic terrorism fails to silence the Philistine.

The enfants terrible of the Art Scene are satirised in Dom Shaw’s short comedy movie ‘THE ART OF THE CRITIC’. The target is ‘conceptual art’ - sheep pickled in formaldehyde, unmade beds, empty rooms - all familiar to those who know nothing about art, but know what they like.


Production Designer Paul Zabihi, an artist himself, created some fine examples of visually arresting conceptual art and helped Shaw and Director of Photographer Nanu Segal to achieve some of the live action recreations of famous paintings that feature in the film. Audiences have amused themselves spotting many of the iconic images of Surrealism and the Renaissance. Magritte, Da Vinci, Munch and Warhol all play their part in influencing this mini gem of absurd humour and vicious satire.


‘I’m not criticising conceptual works in themselves’ says award winning director Shaw, ‘I love a well executed and genuinely arresting piece of work. But what I am making fun of, are some of the lazy excuses for art that have gained praise from critics who really should know better. The joy of the subject is that everyone has an opinion on art – particularly bad art – and this film expresses those prejudices in a comedic way.’


But the film is in no way a blanket condemnation of bad artists. Pretentious critics also get their just desserts in a twist that will delight, disturb and amuse audiences across the globe. Shaw wanted to create a kind of obnoxious, archaic bohemian who disrupted a modern art movement and ended up as it’s most striking exhibit. The part required an actor who could look like a dishevelled slob with an air of dissipation. Working long hours as writer, co-producer, director and star, Shaw maintains ‘By the end of Day One, very little make-up was required to achieve the desired effect.’


Millionaire financier and former head of London’s Institute of Contemporary Art Ivan Massow, who was fired for calling conceptual art ‘talentless, craftless tat’ saw the film and declared ‘Fantastic! I really enjoyed this film. Re-watching it as I write, laughing. ‘


The film itself, saturated in colour, light and startling design, now qualifies as a genuine limited edition. ‘I’m aware of the irony of making a ten minute film that could qualify as a conceptual art installation’ laughs Shaw ‘perhaps I should sign it.’